Medical student Hugh Mortimer Petty survived the Great War – certainly long enough to be embroiled in unfinished business called the Second World War. By this time he was established as a surgeon with a wife and a tiny tot. It was the latter who brought together his father’s personal photographs and the vivid first-hand account of his experiences whilst a pilot in the RNAS – The Royal Naval Air Service.

Boy Airman pivots around these astonishing records, never previously published. In 1916, non-official cameras had been strictly banned from the front-line by governmental edict: the newly enabled “snap shots” were appearing in the national press, illustrating only too vividly the horrific effects of industrialised warfare, of steel on flesh.

Nevertheless, teenage HMP thought nowt of such niceties, and always carried his parental gift of a miniature Kodak “vest pocket camera”, tucked away in a recess of his tunic. His snaps, made as casually between friends as idle conversation, bring into startling focus youthful exuberance, pride and teamsmanship, and a total fascination with the ultimate in big boys’ toys - the new flying machines and the most secret and most powerful weapons of the Great War, the massive grey castles of steel which dominated the North Sea, and which inexorably isolated and starved to defeat the hated Hun.

Sometimes the insouciant snaps, here beautifully revived, register whiffs of fear. HMP crashed five times in less than a year of active service – “forced landings” as his pilot’s log blandly recorded them – and he lost all but two of his closest friends.

By his own account, he lived most of his time with the Grand Fleet cut off from the Home Front in the secure and solitary fastness of the most northerly islands of Scotland – free from prying eyes, but largely deprived of any wider perspective on the Great War.

His son’s accompanying description of the latter days of the “First World War”, written a hundred years later, well after most closely guarded secrets had become common knowledge, brings attention to some fascinating background detail. Submarines and convoys, alcohol and sex, mutiny and women at war, baby-killer Zepplins and blimps, the birth of the Secret Service, Marconi’s war-winning W/T, naval tactics and vicious politics, weapons too dreadful to use are explored - all of these would have coloured his father’s experiences – whether he knew it or not.

But quite the most momentous experience of HMP’s brief seagoing career was the surrender of the German Imperial High Seas Fleet to the Royal Navy one glass-calm November sunrise of 1918. Locked beneath the armour of the monster warship HMS inflexible at battle stations, he had the temerity to fish out his little camera and snap the only known images of the events through the nearest port-hole. Result. With his father’s original annotations to the ‘snaps’ and Richard Petty’s astute historical narrative guidance, this book is a vivid, personal and unique snapshot of life during ‘The Great War’.

Following in his father’s post-war footsteps, Richard Petty is a medical practitioner. He has been running a specialist practice in London for over 30 years. 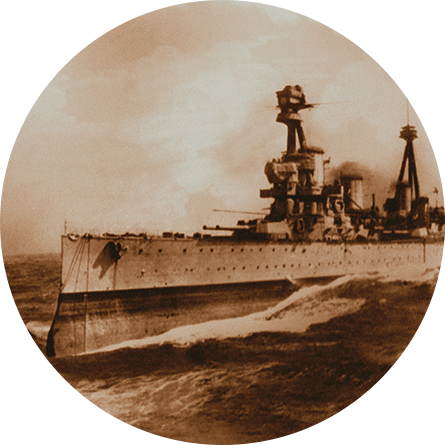 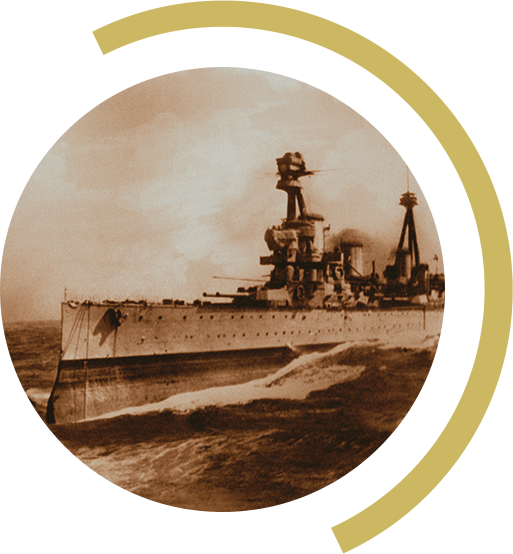 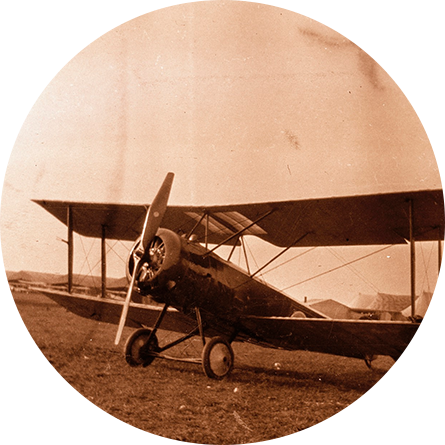 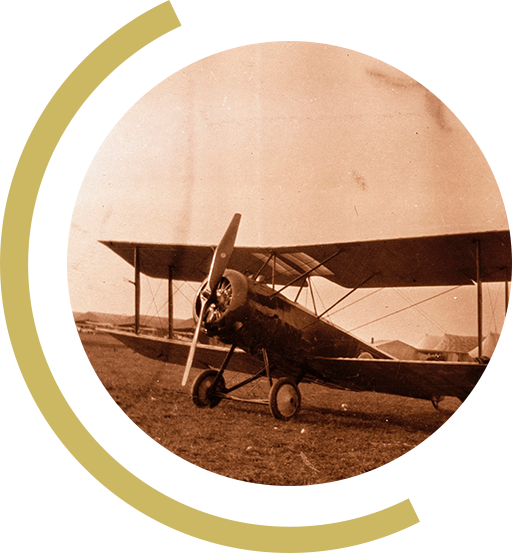 A World of Courageous Adventure

“An amazing biography recording an age when young men rushed to try new skills and offer themselves for duty in their country's defence.
It reflects the imagination which led to the development of our fleet Air Arm and the skills which could never have been honed in any other way but by experience, The true cost of this is reflected in the anecdotes and explanations in this book. It has racy stories and breathtaking adventures
which can only be the stuff of real life led at a pace which can hardly be matched even in todays world. I read it in one sitting and recommend it to anyone who loves adventure.”

A book with authority, style and wit.
“I loved this book. It's quite short and I also read it one sitting. It does indeed set out the detail of the British Navy's involvement in WW1 before getting onto Hugh Petty's involvement, but found that to be fascinating background, much of which I didn't know - and I read a lot of history. This short book is written with authority, style and wit, and I fully recommend it.” 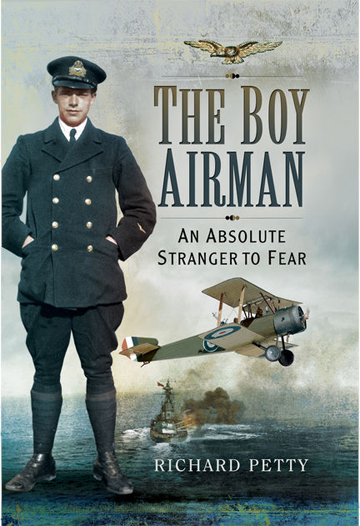 An Absolute Stranger to Fear is an account of life during the First World War. The first hand photographs and annotations of Hugh Mortimer Petty, a teenage boy who volunteered to fly in the Royal Naval Air Service – one of only three of the boys from his training establishment to survive.

Given a historical framework by his son, Richard Petty, this book deals with the grand scheme of politics, war and the devastating loss of life across the continent; as well as the personal snapshots and individual story of one young boy at war.

Beautifully printed with original photography, this book is perfect for both a history buff and a visual enthusiast. Images of young pilots at play, the ships, planes and guns used by the RNAS and the surrender of the German fleet, all bring life to the multi-faceted experience of war.

Poetry from the era is exquisitely interwoven with the narrative; and the humble, precise accounts of Hugh Mortimer Petty’s days with the RNAS guide the reader through this sometimes jolly, and sometimes heart-breaking snapshot of a pilot’s life. 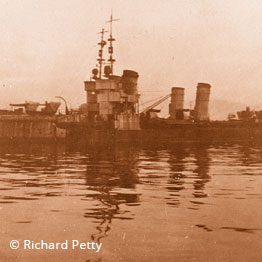 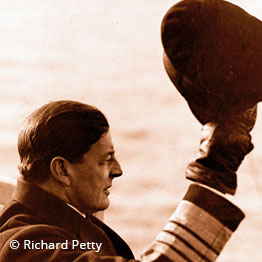 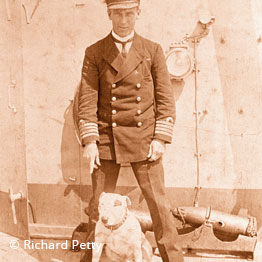 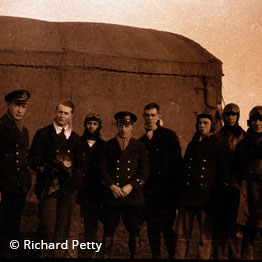 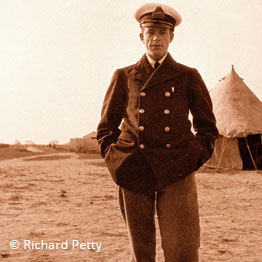 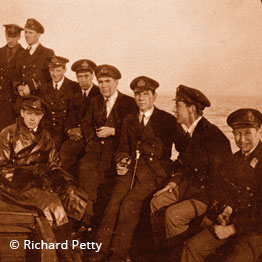 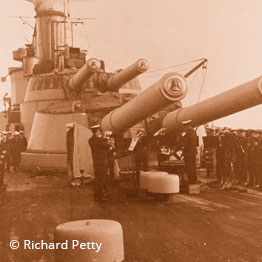 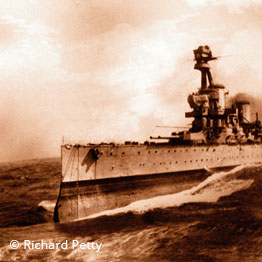 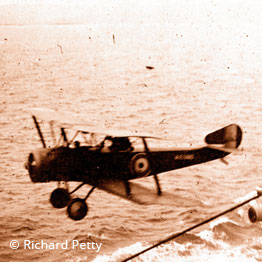 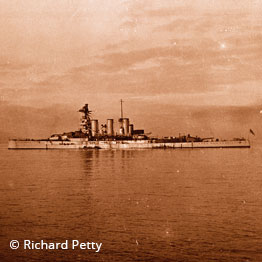 If you’d like to find out more about Hugh Mortimer Petty or the author, Richard Petty, don’t hesitate to get in contact via the form below.